An Introduction To Angle Sum Property Of A Triangle

Home → An Introduction To Angle Sum Property Of A Triangle 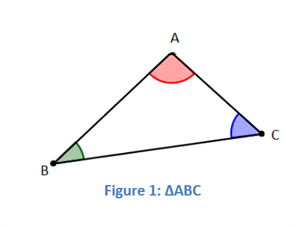 For ∆ABC, Angle sum property of triangle declares that

Sum of all the interior angles of the triangle is 180°.

These are the following steps involved to prove angle sum property theorem:

Step 1: Draw a line AB through the vertex P and parallel to the side QR of a triangle PQR. 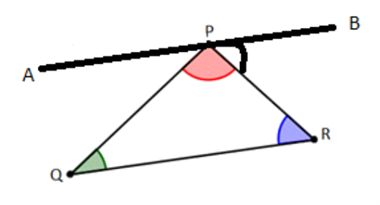 We have thus proved the angle sum property of a triangle. For the complete understanding of the topic please visit www.byjus.com or download the BYJU’S– The Learning App.