The bisector is a line that divides a line or an angle into two equivalent parts. The bisector of a segment always contains the midpoint of the segment. There are two types of bisectors based on what geometrical shape it bisects. 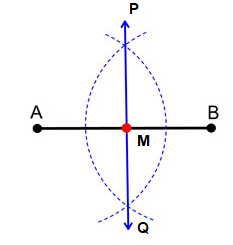 Example of Line Segment Bisector: Consider a line AB = 4cm. A line segment bisector will cut it into two equal parts of 2cm each.

What is Perpendicular Bisector?

If a point is equidistant from the endpoints of the segment, then it lies on the perpendicular bisector of a segment. 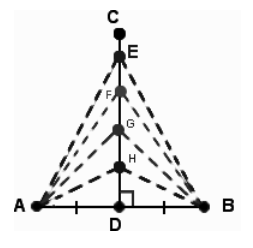 The equation of the perpendicular bisector of the segment joining the points (x1,y1) and (x2,y2) 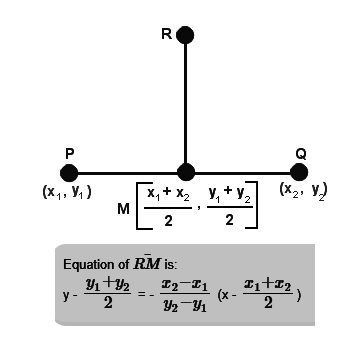 How to Construct a Perpendicular Bisector?

You will require a ruler and compasses. The steps for the construction of a perpendicular bisector of a line segment are: 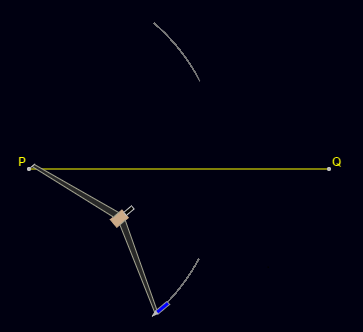 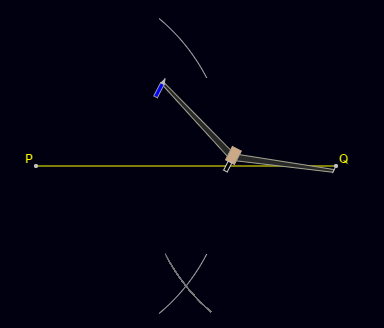 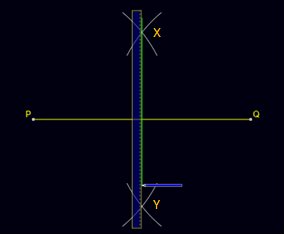 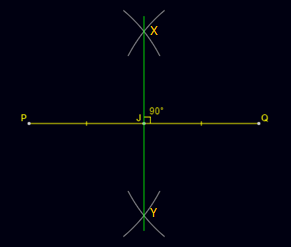 The perpendicular bisector bisects PQ at a point J, that is, the length PJ is equal to JQ. And the angle between the two lines is 90 degrees.

An angle bisector divides an angle into equal angles. If the angle is po, the two angles made will be (p/2)o. This angle bisector passes through the vertex of an angle, as shown in the figure. 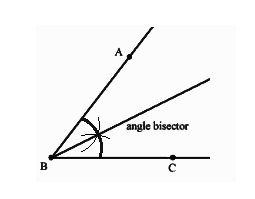 Example of Angle Bisector: Consider an Angle ∠ABC = 900. An angle bisector will cut it into two equal angles of 450 each.

If an angle bisector of an angle ∠A in a triangle ABC divides the opposite side in the same ratio as the sides adjacent to the angle, it will be called as Angle Bisector. For more details, check our angle bisector theorem

Triangle Bisector theorem states that an angle bisector of an angle of a triangle will divide the opposite side into segments which are proportional to the other adjacent sides. In the below-given figure, AB/AC =BD/DC 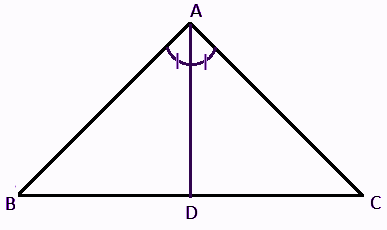 What will be the value of x, if BD is the angle which bisects the ∠ABC in two equal angles? 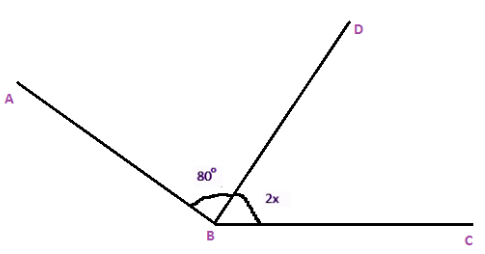 Register with BYJU’S – The Learning App and download the app to learn Maths-related articles with ease.