You and your 3 friends are playing a board game. It’s your turn to roll the die and to win the game you need a 5 on the dice. Now, is it possible that upon rolling the die you will get an exact 5? No, it is a matter of chance. We face multiple situations in real life where we have to take a chance or risk. Based on certain conditions, the chance of occurrence of a certain event can be easily predicted. In our day to day life, we are more familiar with the word ‘chance and probability’. In simple words, the chance of occurrence of a particular event is what we study in probability. In this article, we are going to discuss one of the types of probability called  “Experimental Probability” in detail.

There are two approaches to study probability:

What is Experimental Probability?

Probability of an Event P(E) = Number of times an event occurs / Total number of trials.

What is Theoretical Probability?

Probability of Event P(E) = No. of. Favourable outcomes/ No. of. Possible outcomes.

Example: You asked your 3 friends Shakshi, Shreya and Ravi to toss a fair coin 15 times each in a row and the outcome of this experiment is given as below:

Calculate the probability of occurrence of heads and tails.

Solution: The experimental probability for the occurrence of heads and tails in this experiment can be calculated as:

We observe that if the number of tosses of the coin increases then the probability of occurrence of heads or tails also approaches to 0.5. 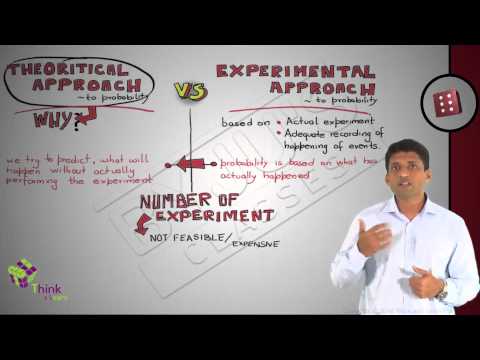