Numbers have fascinated humans since ages, be it the mathematicians or statisticians. There is so much that one can do with them, and there’s so much that is yet to be discovered. For example, we know that the whole numbers represent the set of all positive numbers, including zero, without any decimal or fractional parts. But did we know that we can derive relationships between the whole numbers by finding some kind of patterns between them? This is why numbers are so interesting or fascinating. In this article, we are going to discuss what are number patterns in Mathematics, charts, examples in detail.

What are Number Patterns? 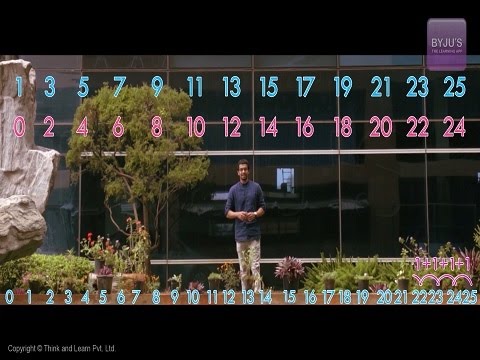 In the given pattern, the sequence is increased by 6. It means the addition of the number 6 to the previous number gives the succeeding number. Also, the difference between the two consecutive number is 6.

Every number can be arranged in a line. Examples:

The number 2 can be represented by

The number 3 can be represented by

All other numbers can be represented in a similar pattern.

Some numbers can be arranged as a rectangle. Examples:

Similarly, 12 can be arranged as a rectangle with 3 rows and 4 columns as

Or as a rectangle with 2 rows and 6 columns as

Some numbers can be arranged as squares. Examples:

The number 4 can be represented as

Some numbers can be arranged as triangles. Examples:

The number 3 can be represented as

There are different types of number patterns in Mathematics. They are:

Observation of number patterns can guide to simple processes and make the calculations easier.

Consider the following examples which help the addition and subtraction with numbers like 9, 99, 999, etc. simpler.

Consider another pattern which simplifies multiplication with 9, 99, 999, and so on:

Consider the following pattern which simplifies multiplication with numbers like 5, 25, 15, etc.:

A number of patterns of similar fashion can be observed in the whole numbers which simplifies calculations to quite an extent.
To learn more about the number patterns in whole numbers, download BYJU’S – The Learning App. Subscribe to our YouTube channel to watch interesting videos on numbers.