Playing with numbers involves activities like arranging the numbers, understanding BODMAS rule, finding out whether a given number is a factor of another number or a multiple of another number, understanding the properties of factors and multiples. Also, students will learn here, using an index or exponent for a number, simplification of brackets, multiples and factors, divisibility rules from 2 to 11, the concept of co-prime numbers and prime factorization, finding HCF and LCM, etc.,

Let us learn here how do we play with numbers in Maths based on different concepts. Also, the importance of numbers in our daily life.

Arranging the objects in rows and columns

Factors and Multiples of 4

Factors of 4 are the numbers which can divide 4 evenly. It should not be left with any remainder after division. Let us found here the factors. 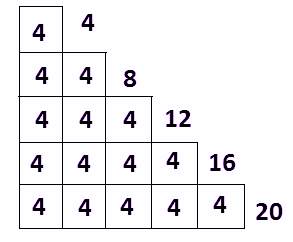 Facts about factors and multiples

The important facts about factors and multiples are:

Perfect number: A number is called a perfect number for which the sum of all its factors is equal to twice the given number.

Prime numbers are the numbers other than 1 whose only factors are 1 and the number itself.

Composite numbers are the numbers having more than two factors.

Factor tree method is used to find the prime factorisation of a given number.

Below is the factor tree of 42: 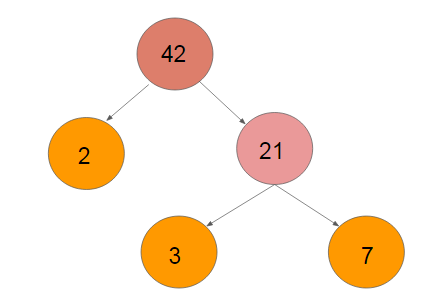 We can write the two-digit numbers in the general form as shown below.

Consider two-digits numbers xy and yx, the general form of these numbers can be written as:

Similarly, the general form of a three-digit number is:

Note: Here xy does not represent as multiplication of x and y, but the position of digits in numbers.

There are several tricks with numbers to test divisibility by other numbers.

Reversing the digits of a two-digit number 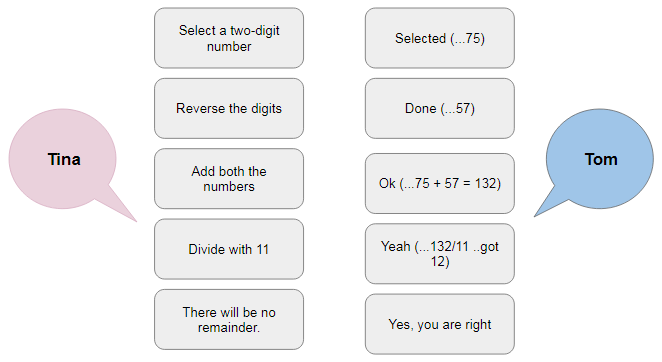 Similarly, we can try reversing the digits for dividing by 9.

Reversing the digits of a three-digit number 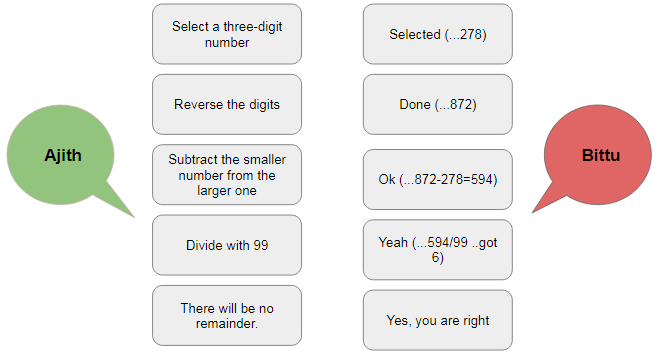 Forming three-digit number from the given three digits

For a given three-digit number, rearrange the digits such that all the three numbers are distinct and add them all. Then dividing it by 37, the remainder is always 0.

For example, assuming a three-digit number 124.

There are some puzzles in which letters take the place of digits in an arithmetic ‘sum’, and the problem is to find out which letter represents which digit; so it is like cracking a code. Here are some problems of addition and multiplication. Two major rules of this kind of puzzles are:

Each digit is to represent a single letter and vice versa.

Find the value of R in the below addition.

Find the value of A and B in the below multiplication.