Probability is the chance of some event to occur. When you need to know the probability of a particular event to take place, you think of the chances that you expect versus every possibility that can occur.

When you are not sure about the outcome of a particular event, you can specify the possibilities or how likely the outcome. Analysing the events that are governed by the probability is known as Statistics. Statistics Problems can be solved using Math formulas. 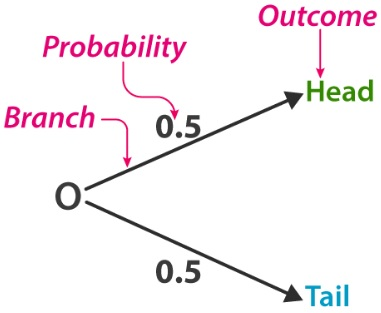 A simple example that defines basics of probability is flipping a coin.

There are two possible outcomes after a coin is flipped, i.e,

What is the probability of a fair coin (that has two different faces) that it lands on Heads?

Since there are only two possible outcomes that can occur out of one, hence the probability of the coin landing on Heads would be