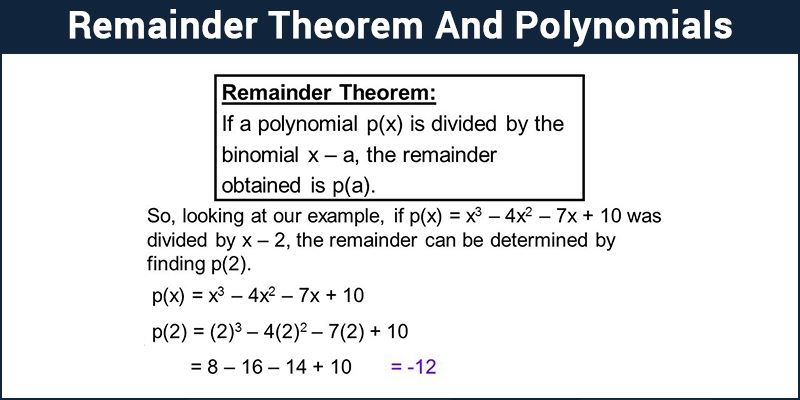 When we divide a number, for example, 25 by 5 we get 5 as quotient and 0 as the remainder. This can be expressed as:

Here the remainder is zero thus we can say 5 is a factor of 25 or 25 is a multiple of 5. Thus reminder gives us a link between dividend and the divisor. We can divide a polynomial by another polynomial and can express in the same way.