The rotational symmetry of a shape explains that when an object is rotated on its own axis, the shape of the object looks the same. Many geometrical shapes appear to be symmetrical when they are rotated 180 degrees or with some angles, clockwise or anticlockwise. Some of the examples are square, circle, hexagon, etc. A scalene triangle does not have symmetry if rotated since the shape is asymmetrical. By the word symmetry, we know it is a combination of two words ‘sync+metry’. Hence, there should be at least two identical order to have symmetry.

You may have often heard of the term ‘symmetry’ in day-to-day life. It is a balanced and proportionate similarity found in two halves of an object, that is, one-half is the mirror image of the other half. And a shape that is not symmetrical is referred to as asymmetrical. Symmetry is found all around us, in nature, in architecture and in art. It may be explored when you flip, slide or turn an object. There may be different types of symmetry:

What is Rotational Symmetry?

There are many shapes you will see in geometry which are symmetrical rotationally, such as:

Click here to understand what is rotation and center of rotation in detail.

In the same way, a regular hexagon has an angle of symmetry as 60 degrees,  a regular pentagon has 72 degrees, and so on.

If we consider the order of symmetry for regular hexagon it is equal to 6, since it has 6 equal sides and is rotated with an angle of 60 degrees. 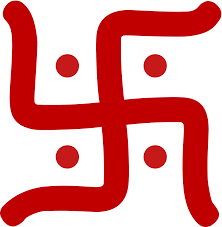