Moreover, we know that cos (-(-θ)) = cos(θ), therefore, even if we travel in the opposite direction, the value of cos 2nπ will always be equal.

However, we can identify the value of cos 360° in unit circle as given below: 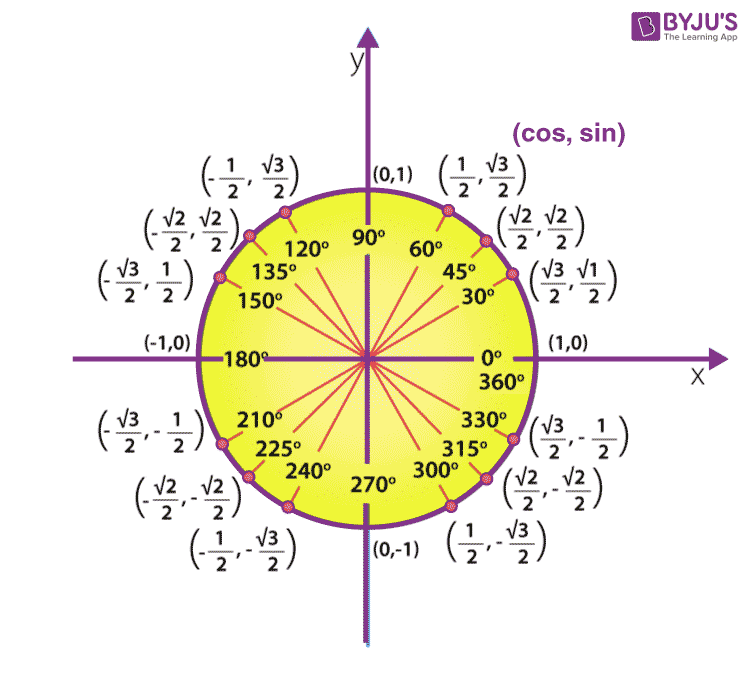 Now, once we take a complete rotation in a unit circle, we reach back to the starting point.

After completing one rotation, the value of the angle is 360° or 2π in radians.

Thus, we can say, after reaching the same position,

Find the below table to know the values of all the trigonometry ratios.

The value of cos 360 + theta can be calculate as given below:

Here, 90° is multiplied by 4, i.e. an even number, so cos will not change in the result. Also, 360° + θ comes in the firth quadrant, where all trigonometric ratios are positive and hence cos is also positive.

Therefore, the value of cos 360 + theta is equal to cos theta.