Lines Parallel to the Same Line 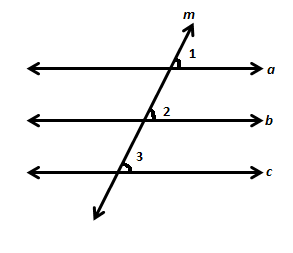 But ∠1 and ∠3 are corresponding angles and they are equal.

So by the converse of corresponding angles axiom, it can be deduced that a || c.

In the following figure, m, n, and l are parallel lines. And AB is parallel to CD. Find the value of angle x using the given angles. 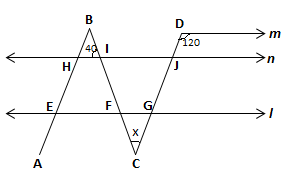 Conditions for Lines to be parallel

If two straight lines are cut by a transversal,

To know more about what are parallel lines and their related terms download BYJU’S – The Learning App.