Dilation is a process of changing the size of an object or shape by decreasing or increasing its dimensions by some scaling factors. For example, a circle with radius 10 unit is reduced to a circle of radius 5 unit. The application of this method is used in photography, arts and crafts, to create logos, etc. In Geometry, there are four basic types of transformations. They are:

In this article, let us discuss one of the transformation types called “Dilation” in detail along with the definition, scale factor, properties, and examples. 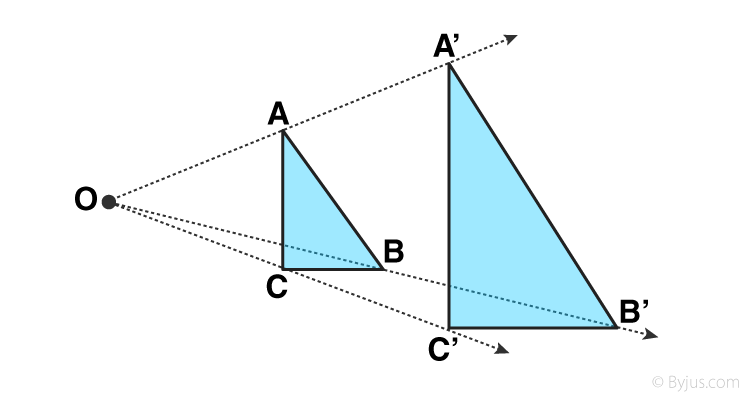 In the above figure, we can see, the triangle ACB is transformed into a bigger triangle, i.e., A’B’C’ after the dilation process. Hence, it is the case of enlargement of the size of an object or shape.

Some features of shapes that remain unchanged during the dilation transformations are:

The only change in the dilation process is that the distance between the points changes. It means that the length of the sides of the original image and the dilated image may vary. There are two types of dilation processes. They are:

This kind of transformation is called a horizontal dilation.

This kind of transformation is called a Vertical dilation. 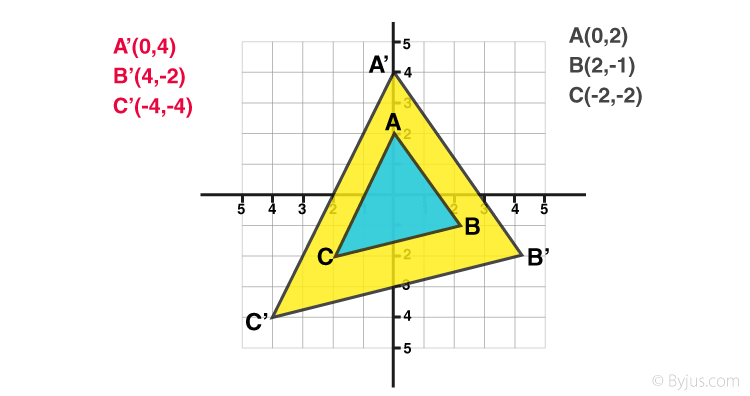 Let the origin (0, 0) be the center of dilation in the coordinate plane.

Dilation with scale factor 2, then multiply by 2. 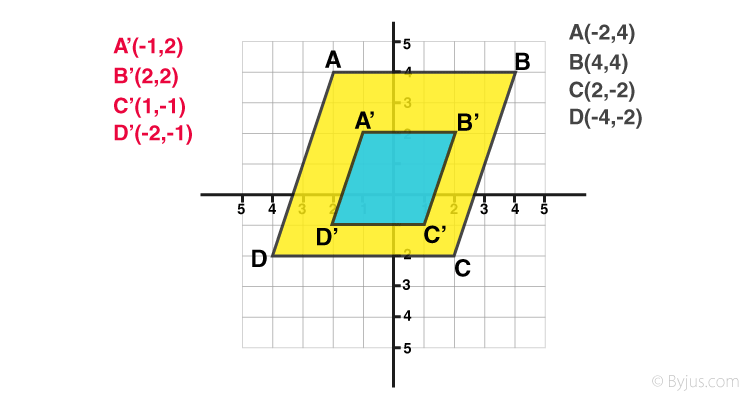 Assume that, the origin (0, 0) be the center of dilation in the coordinate plane.

For more interesting concepts on Maths, download BYJU’S – The Learning App and also explore videos to learn with ease.