Suppose, a number ‘a’ is multiplied by itself n-times, then it is represented as an where a is the base and n is the exponent.

Exponents follow certain rules that help in simplifying expressions which are also called its laws. Let us discuss the laws of exponents in detail.

Rules of Exponents With Examples

As discussed earlier, there are different  laws or rules defined for exponents. The important laws of exponents are given below:

Also, read: Now let us discuss all the laws one by one with examples here.

Product With the Same Bases

As per this law, for any non-zero term a,

where m and n are real numbers.

Note: We can state that the law is applicable for negative terms also. Therefore the term m and n can be any integer.

As per this rule,

where a is a non-zero term and m and n are integers.

Solution: As per the question;

Power Raised to a Power

where a is a non-zero term and m and n are integers.

Product to a Power

As per this rule, for two or more different bases, if the power is same, then;

where a is a non-zero term and n is the integer.

Quotient to a Power

As per this law, the fraction of two different bases with the same power is represented as;

where a and b are non-zero terms and n is an integer.

Example 6: Simplify the expression and find the value:153/53

Solution: We can write the given expression as;

According to this rule, when the power of any integer is zero, then its value is equal to 1, such as;

where ‘a’ is any non-zero term.

According to this rule, if the exponent is negative, we can change the exponent into positive by writing the same value in the denominator and the numerator holds the value 1.

The negative exponent rule is given as:

Here, a is called the base, and 1/n is the exponent, which is in the fractional form. Thus, a1/n is said to be the nth root of a.

According to the fractional exponent rule, 41/2 can be written as √4 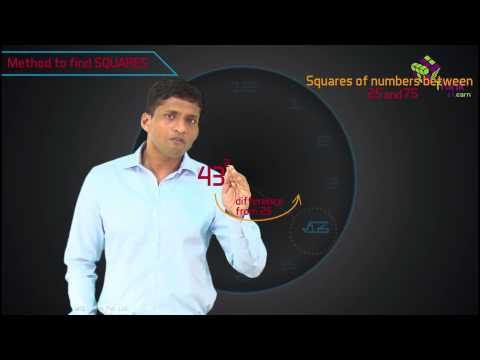 Practice Problems on Laws of Exponents

Simplify the following expressions using the laws of exponents:

The exponents, also called powers, define how many times we have to multiply the base number. For example, the number 2 has to be multiplied 3 times and is represented by 23.

What are the different laws of exponents?

The different Laws of exponents are:

What is Power of a power rule?

In the power of a power rule, we have to multiply the exponent values. For example, (23)2 can be written as 26.

According to the zero power rule, if the exponent is zero, the result is 1, whatever the base value is. It means that anything raised to the power of 0 is 1. For example, 50 is 1.

Stay tuned with BYJU’S – The Learning App and download the app to get all the Maths concepts and learn in an easy way.