In statistics, we usually interpret the given set of data and make statements and predictions about it. During the research, an analysis attempts to determine the impact and cause in order to conclude the given variables. 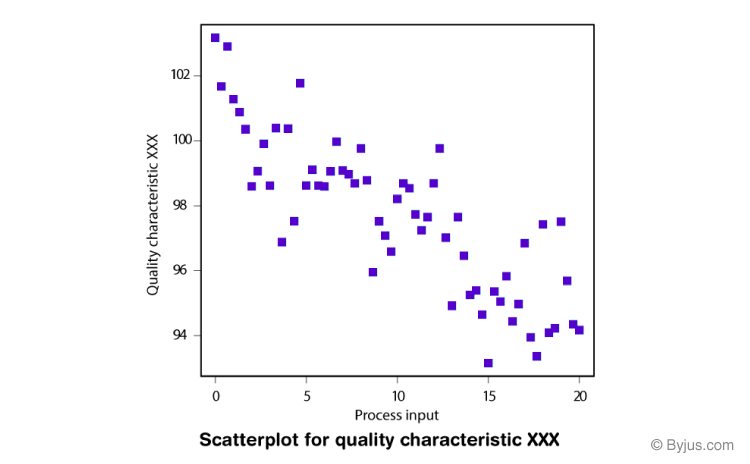 Note: The observations given in the table above can be independent of each other, but not the two measurements.

The types of a bivariate analysis will depend upon the types of variables or attributes we will use for analysing. The variable could be numerical, categorical or ordinal. If the independent variable is categorical, like a particular brand of pen, then logit or probit regression can be used. If independent and dependent both the attributes are ordinal, which means they have position or ranking, then we can measure a rank correlation coefficient. If dependent attribute is ordinal, then ordered logit or ordered probit can be utilised. Also, if the dependent attribute is either ratio or interval, like temperature scale, then we can measure regression. So based on these data, we can mention the types of bivariate data analysis:

Download BYJU’S-The Learning App and learn the concepts with the help of personalised videos.