In the coordinate system, the term “Ordinate” refers to the y -coordinate in  (x, y). In short, the distance along the y-axis is called the ordinate. There is a difference in two terms called coordinate and ordinate. The term “coordinate” represents the position of the point along the line, arc and so on, whereas the term “ordinate” represents the value of a coordinate on the y-axis. In this article, we are going to discuss what is ordinate in Math, what is abscissa and ordinate with an example, and how to plot the ordinates in the coordinate system in detail. 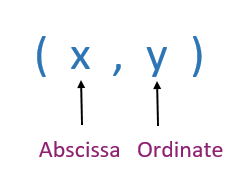 The ordinate is the second component of an ordered pair. For example, if (x, y) is an ordered pair, then y is the ordinate here. An ordered pair is used to denote a point in the Cartesian plane. It is the second of the two terms (x, y) by which a point is defined, in a system of fixed Cartesian Coordinate plane. The first coordinate (x), in the plane, is called the abscissa. The Cartesian system designates each point in the XY plane, uniquely, by a pair of numerical coordinates. These points are at the distances from the two fixed axes, measured in the same unit of length.

The coordinates are written in the brackets (), where abscissa is written in the first position and then ordinate in the second position, separated by a comma. If x and y are abscissa and ordinate respectively, then the location of the point P in the Cartesian plane is expressed by the ordered pair (x, y).

The graph given below is an example of a Cartesian coordinate system, having 3 different points marked in the XY plane. 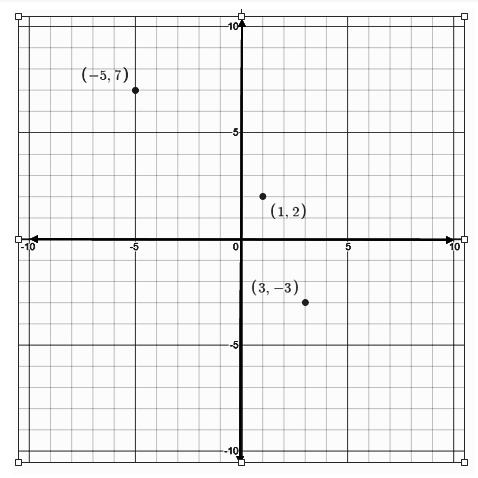 Relation of Ordinate in the Coordinate System

The ordinate depends entirely on the Y-axis. So while plotting it in a Cartesian plane, we have to move along or parallel to the positive or negative direction of the Y-axis. This represents the relation between the coordinate system and the y-axis.

To learn more terminology in the coordinate system and other topics, register with BYJU’S – The Learning App and download the app to learn with ease.