In Statistics, a t-test, can be expressed as a statistical hypothesis test where the test statistic maintains a student’s t-distribution, if the null hypothesis is set. Hence, we use the t-test table here. In Paired T-Test, they analyse the means of two groups of observations. The observations need to be randomly allocated to each of the two groups. Hence, the difference in response observed is due to the procedure and not because of any other factors.

In the t-test table, the significant values are determined for degrees of freedom(df) to the probabilities of t-distribution, α. 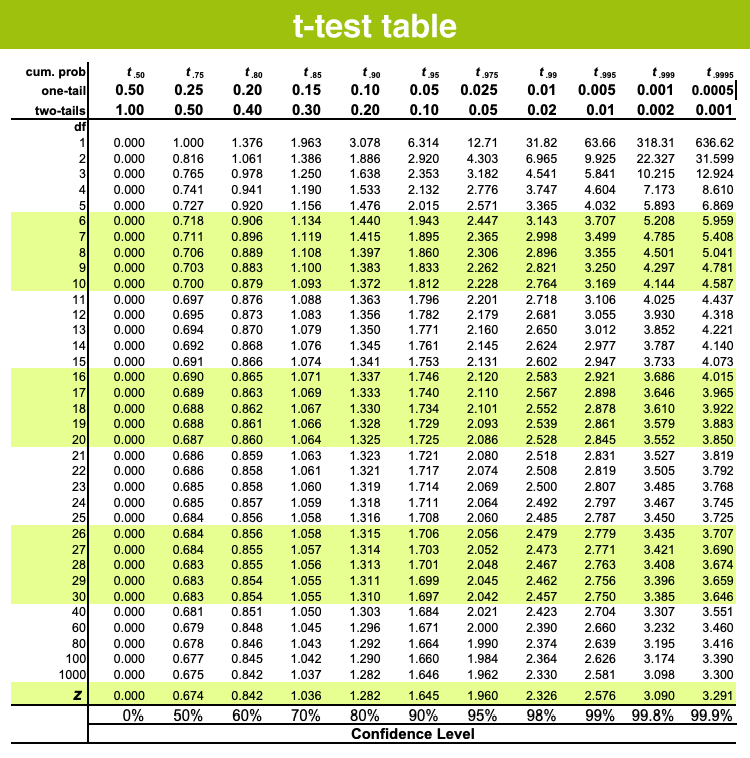 The t-test is any statistical theory test in which the analysis statistic supports a student’s t-distribution under the null hypothesis. It could be used to conclude if two sets of data are significantly distinct from each other, and is most usually used when the test statistic would match a normal distribution, if the value of a scaling session in the test statistic were known.

T-test employs means and standard deviations of two samples to do a comparison. The formula for T-test is given below:

n2 = Total number of values in the second set.

We can also represent the formula as:

s/√N = Estimate of standard error difference between the means.