Then the logarithmic function is written as:

The log function to the base e is called the natural logarithmic function and it is denoted by loge. 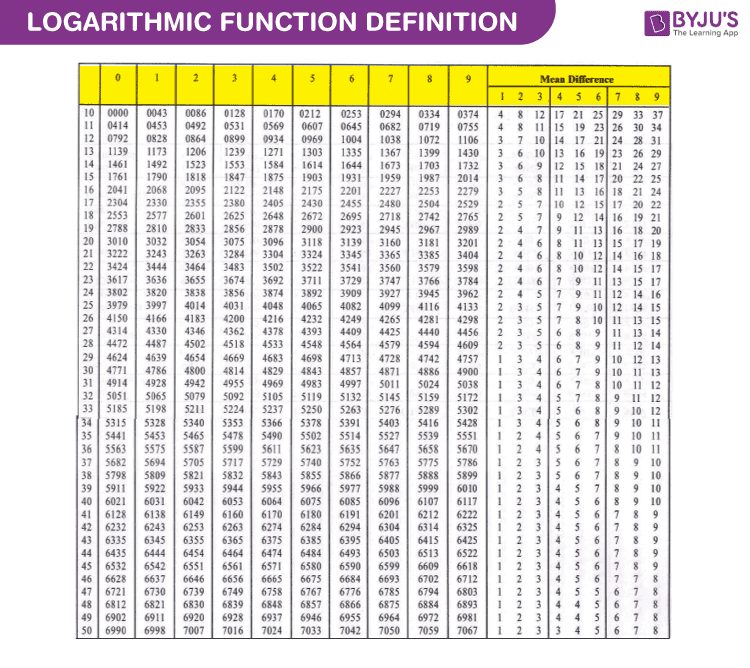 Step 1: Understand the concept of the logarithm. Each log table is only usable with a certain base. The most common type of logarithm table is used is log base 10.

Step 3: Use a common log table. Now, use row number 15 and check column number 2 and write the corresponding value. So the value obtained is 1818.

Step 4: Use the logarithm table with a mean difference. Slide your finger in the mean difference column number 7 and row number 15, and write down the corresponding value as 20.

Step 7: Finally combine both the characteristic part and the mantissa part, it becomes 1.1838.

Step 6: Finally combine the characteristic part and the mantissa part. So it becomes 0.4582.

Register with BYJU’S to know more about the usage of logarithm table and antilog table and also watch interactive videos to learn with ease.