Before we start learning about types of polygon, let us first learn the definition of a polygon. A polygon is a closed shape figure that has a minimum of three sides and three vertices. The term ‘poly’ means ‘many’ and ‘gon’ means ‘angle’. Thus, polygons have many angles. The perimeter and area of polygon depend upon its types.

The classification of polygons is described based on the numbers of sides and vertices. For example, a polygon as four sides and four angles, then it is quadrilateral. The polygons up to 12 sides are the important ones. We are going to learn here polygon’s types based on the number of sides of the closed figure along with examples and diagrams.

All the polygon from triangle to decagon are given here in the below figures, respectively.

These are the basic types of regular polygons which we see in our daily life. Also, these polygons have certain properties based on their area, perimeter, diagonals, etc.

Classification of Polygons and their Properties

A two-dimensional shape which is enclosed by a finite number of straight lines joining in the form of a closed-loop is called a polygon. The line segments which make the polygon are known as polygon’s sides or edges. Whereas the corner or the point where any two sides join is called the vertex of the polygon. Now, based on the number of sides and angles, polygons are classified into different types, which we are going to discuss here.

Polygons are classified into various types based on the number of sides and measures of the angles. They are:

Let us discuss them one by one.

In a regular polygon, all the sides of the polygon are equal, and all the interior angles are the same. For example, a regular hexagon has six equal sides, and all its interior angles measure to 120 degrees. Few more examples are mentioned below.

A polygon with an irregular shape. It means the sides and angles of the polygon are not equal.

In a convex polygon, the measure of the interior angle is less than 180 degrees. It is exactly opposite to the concave polygon. The vertices of a convex polygon are always outwards.

Example: See the figure of an irregular hexagon, whose vertices are outwards. 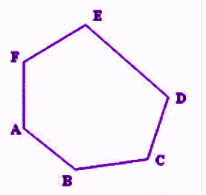 Trigons are polygons who have three sides. They are nothing but triangles. These trigons or triangles are further classified into different categories, such as: 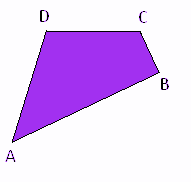 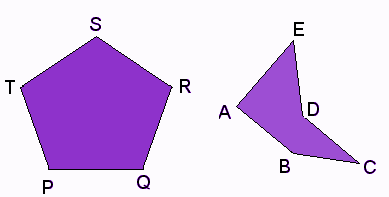 Another type of polygon is the hexagon which has 6 sides and 6 vertices. A regular hexagon will have equal 6 sides and all its interior and exterior angles also measure equals.

The polygons whose all the sides are equal are called equilateral polygons, for example, an equilateral triangle, a square, etc.

The polygons whose all the interior angles are equal such as a rectangle are called equiangular polygons.

Types of Polygon With Sides 3 to 20

Now let us discuss, types of regular polygon according to the number of sides and measurement of angles.