(i) Dot product of vectors (also known as Scalar product)

In the upcoming discussion, we will focus on Vector product i.e. the cross product of vectors. 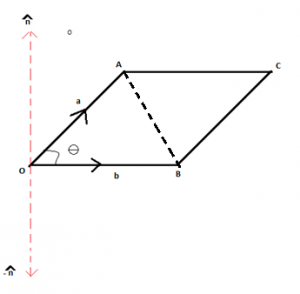 i) The vector product is do not have Commutative Property. It is given by,

iii) If the given vectors are collinear then

iv) Following the above property

From the above discussion it also follows that

Expanding we will get

This can also be given by making use of determinants as shown,

Hence now we know how to calculate the vector product of given vectors. To know more about vectors and other concepts in Mathematics please visit our website www.byjus.com and fall in love with learning.