The positive large numbers are used to represent the population of the country or the amount in a bank account. 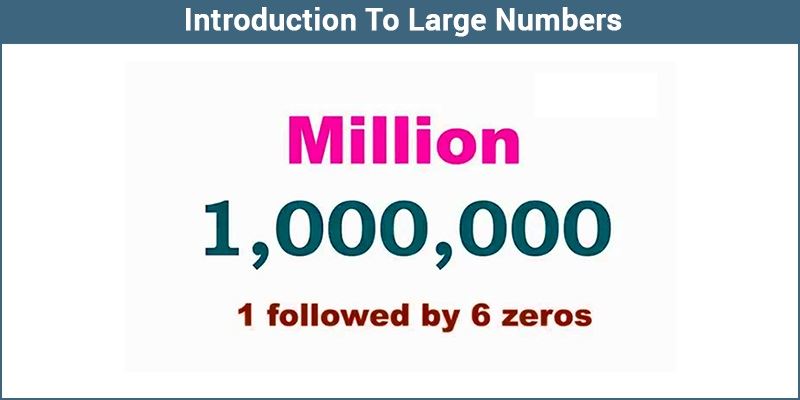 What are the Large Numbers?

Now that the root of the fear has been uncovered, it should get easier to tackle the problem. Since fear of large numbers stems from unfamiliarity, we shall make it familiar. We are well aware that numbers are separated into groups: the ones, tens, hundreds, thousands, millions, and so on. Each group is home to three subdivisions: ones, tens, and hundreds. When reading or writing a large number begin at the left with the largest group, and proceed to the right.

For instance, take 8,685 is read as eight thousand, six hundred, and eighty-five. First one must be clear with this. It begins with the ones: ones, tens and hundreds being the subdivisions, followed by thousands, millions, and billions and so on, with their own three subdivisions. How would you read 10,876,432? It would go ten million, eight-hundred seventy-six thousand, and four hundred and thirty-two.

Addition and Subtraction of Large Numbers

In addition, if you want to add large numbers, you can stack the list of numbers on top of each other which you want to add, so that one’s digit line up in a column, ten’s digit line up in another column, etc. In this process, you can add a column by column, from the right side. It means that, start the addition process from the one’s column, ten’s column, a hundred’s column, and so on. This process is known as column addition. Similarly, for the subtraction of large numbers, the process is the same. Instead of addition, you do the subtraction process and it is known as column subtraction.

To multiply large numbers, write down the numbers on top of each other, and align the numbers. In case if there are any decimal numbers, don’t worry about the decimal values, just line up the given numbers. Let’s take the 1’s place of the bottom number and multiply with the top number. Then you will get one result. Then, take the tens place of the bottom number and multiply it with the top numbers. Here, you should write your result in the tens place in the next line of the resultant area. Now add both the result to get the product of those numbers.

To divide large numbers, the process called long division method is used. Unlike other operations, the division operation is performed from left to right. In this process, each digit in the dividend, you should finish the complete cycle of division, subtraction and multiplication operation.