A curve that is obtained by attaching a string which is imaginary and then winding and unwinding it tautly on the curve given is called involute in differential geometry. Involute or evolvent is the locus of the free end of this string

This is part of a special branch of geometry called differential Geometry of Curves. It talks about the smooth curves which lie in Euclidean space and the application of different methods of integral and differential calculus on them. The shapes related to some other curves are called involutes. This was discovered by Christine Huygens in 1673. He was a Dutch mathematician and a physicist.

Involutes of the Curves

Let’s learn about the involutes of the different curves as shown below:

1) Involute of a Circle: It is similar to the Archimedes spiral. 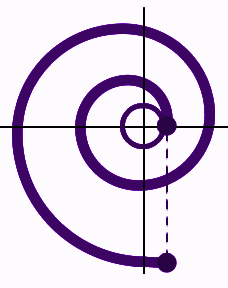 2) Involute of a Catenary – It is a curve which is similar to hanging cable supported by its ends. So, it is a U shaped hanging chain which looks like a parabola. The tractrix is the involute of the catenary through the vertex.

3) Involute of a Deltoid- It is a tricuspid curve with three cusps. It resembles greek letter delta. 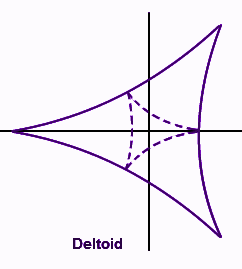 4) Involute of a Parabola – 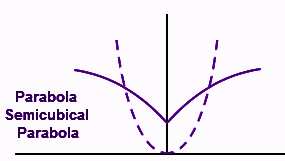 5) Involute of an Ellipse – 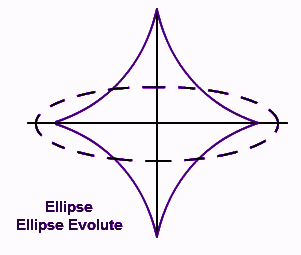 where, r = radius of rolling circle involved in formation of deltoid.

Involute of a Circle

Involute of a circle is a practical concept, and also has various real life applications. It is mostly used in designing cogwheel or tooth-wheel which are used in rotating machines. It looks like an Archimedes spiral. Its parametric equations are shown below:

If r is the radius of the circle and the angle parameter is t, then

If r and θ are the parameters, then r = a sec α

How to Draw Involute

Let’s learn how to draw involute by following given steps:

As shown in the following figure, let L1 and L2 be two successive tangents

These intersection points are X and XA be the radius.

So, the arc AA1 is obtained. 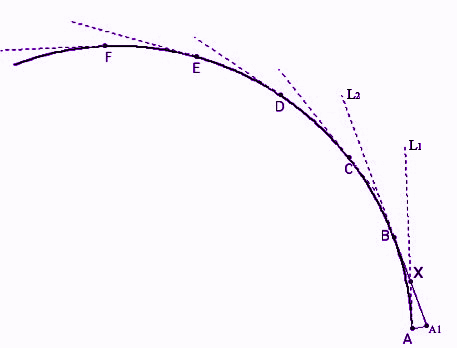 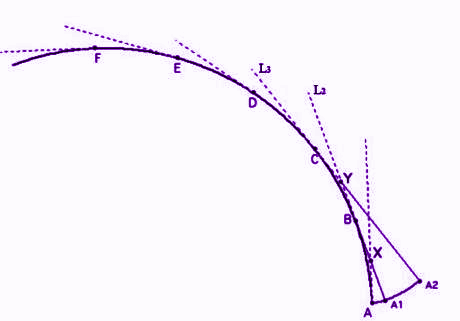 The involutes of the curve have many applications in industries and businesses.